The House of Missing Girls 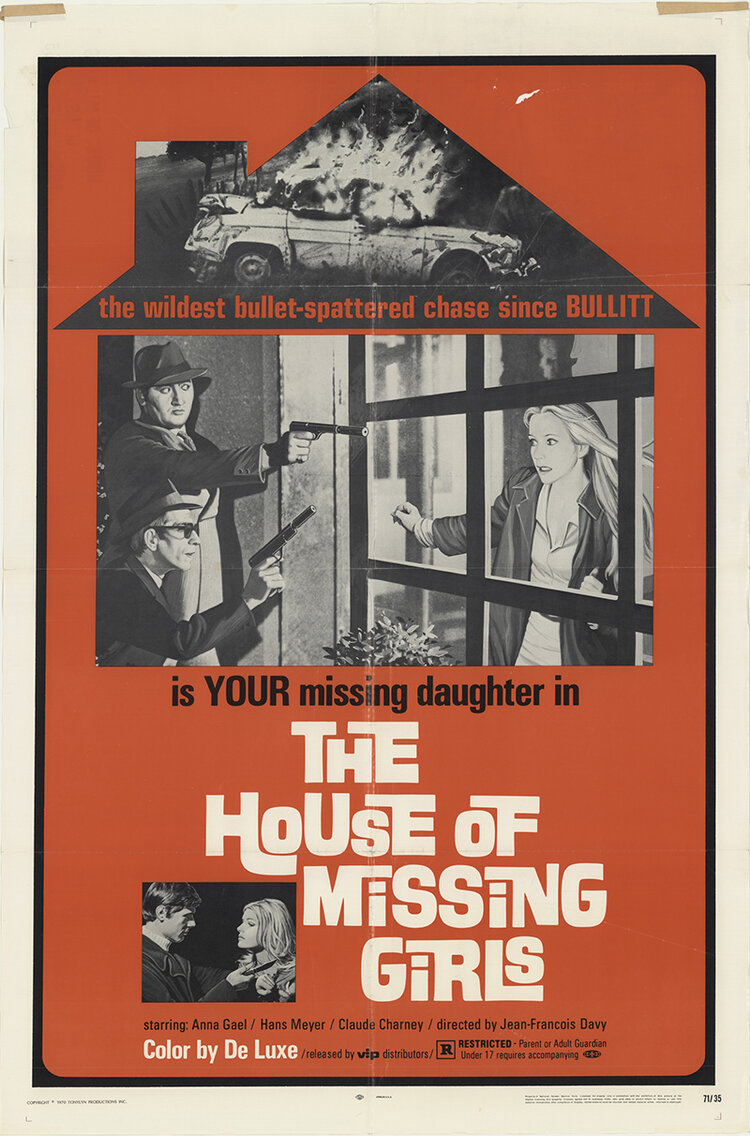 Synopsis:  Is your Missing Daughter in The House of Missing Girls? Better hope that answer is “No.” When we first are introduced to Vincent and Bob, they are being pursued in a wild car chase by the notorious Carbo Gang, a bunch of thugs who want them dead. Their plan to flee from Paris is thwarted when Vincent’s car catches on fire, but the two manage to hitchhike back to Paris with a pretty, young girl named Agnes. Vince and Bob are in desperate need of money in order to get safely out of Paris, so they go to see George, a white slave trader, who offers to pay them if they will find girls for him.  Vince hates this kind of work, but Bob agrees and puts pretty, young Leda into George’s grasping clutches.  Vince and Agnes go to see George, and George tricks Vince into leaving Agnes alone with him.  George tries to rape her, but in defending herself, Agnes kills him and runs off.  A truck driver picks her up and drops her at the Normandy Coast, where she is befriended by Claude, a solitary poet.  Agnes spends a day in his dreamlike world, but she feels she must return to Paris to find Vince.  Vince is hoping to get out of the country with Agnes, but that dream becomes a nightmare when the Carbo Gang catches up with the pair.