My Son the Vampire 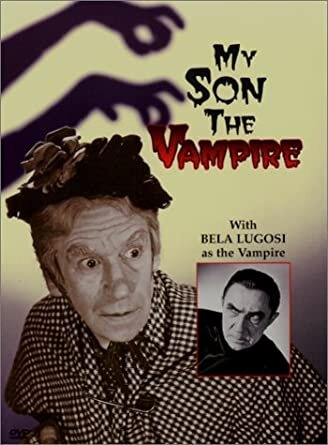 Synopsis: Mother Riley meets the Vampire Bela Lugosi! Lugosi is a mysterious figure in this film (as he is in all his films!). Known as “The Vampire,” he comes to England to complete experiments in a mad bid to control the world. He can only achieve his ambition with the assistance of a radar-controlled Robot that was secretly shipped to him.  Unfortunately, the crate containing the Robot, is delivered by mistake to Mother Riley.  Through radar control, the Vampire makes contact with his Robot and orders it to transport itself and Mother Riley to his home. The Vampire holds Mother Riley captive. Realizing that he is up to no good, Mother Riley hatches a plan.  When the Vampire leaves for the dockyards to visit a ship, Riley rolls up her sleeves and goes into a whirlwind of action to frustrate the Vampire’s plans. And even though her methods are somewhat unconventional, the old lady wins in the end as the film climaxes in a blaze of side-splitting slapstick.