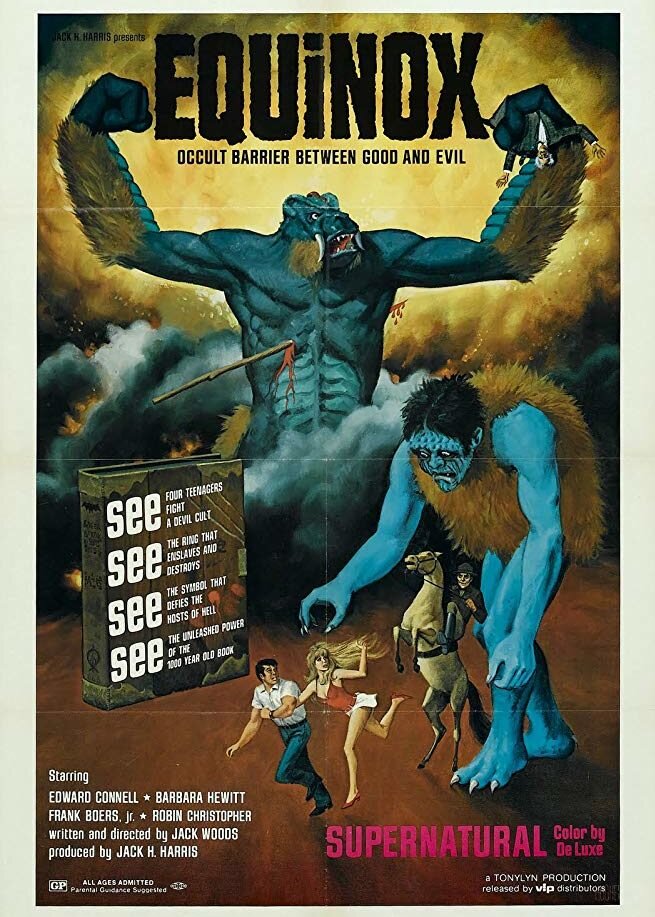 Synopsis: The story is revealed in flashback, as told to a curious reporter by teenager David Fielding, a patient in an asylum and the lone survivor of a picnic in the woods gone bad. After the picnic, David, his girlfriend Susan, best buddy Jim and his girl Vicki decide to explore an eerie but intriguing cave buried deep in the woods that beckons them to enter. Once inside, they meet a strange old man who gives them an ancient book, the Necronomicon, containing secret spells and details about a clandestine and malevolent world coexisting with their own. The teens soon find that their world is transforming before their eyes, populated with foreboding portals and grizzly gargantuan creatures. As they attempt to translate the hieroglyphs and ancient symbols in the book, a forest ranger comes along, who seems determined to take possession of the book. In reality, the ranger is Asmodeus, an ancient evil god who will stop at nothing to retrieve the book. Before long, the teens find themselves in a hopeless duel with the devil. Great special effects are provided by a young Dennis Muren, future nine-time Oscar- winning special effects artist. 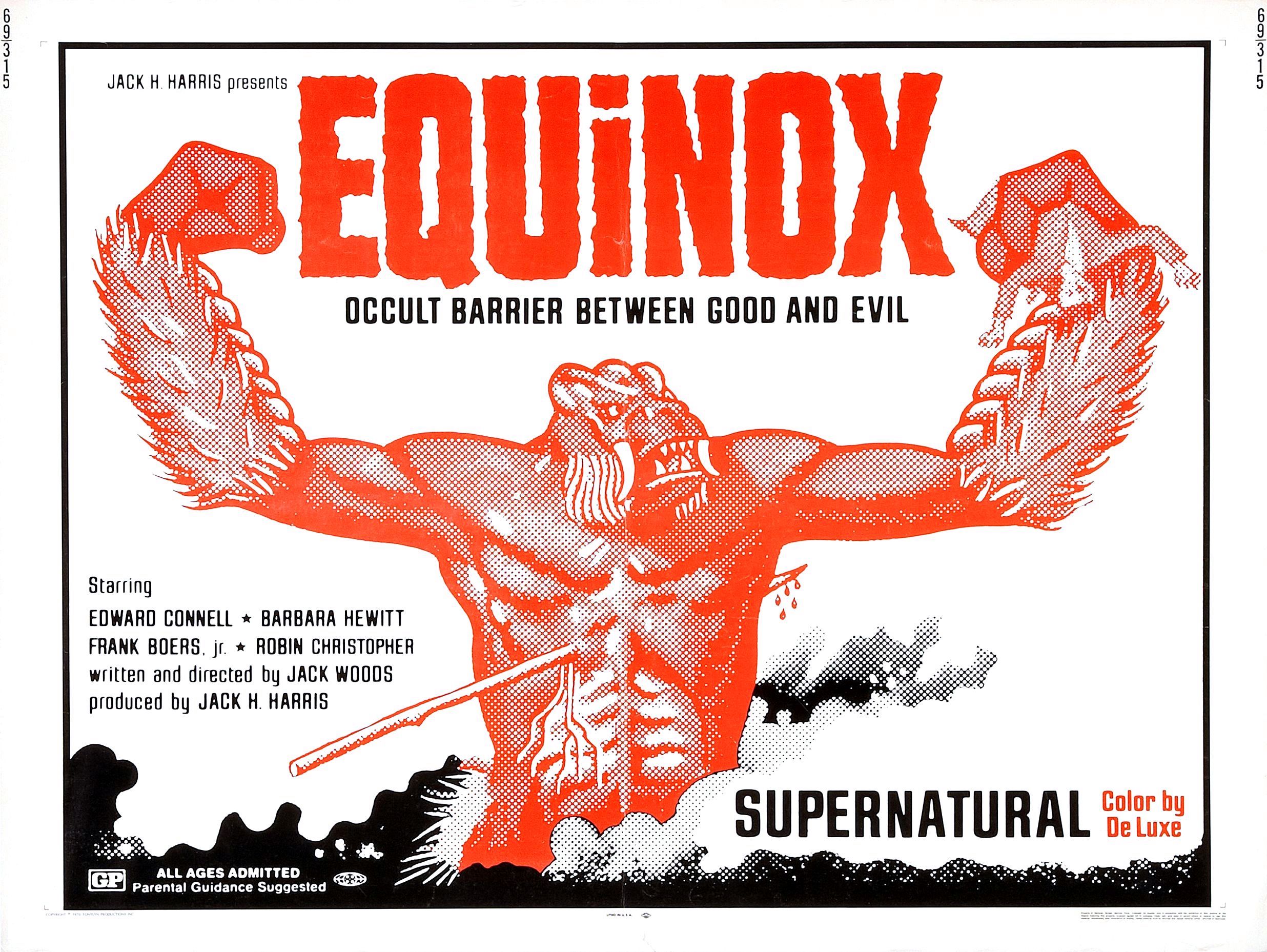 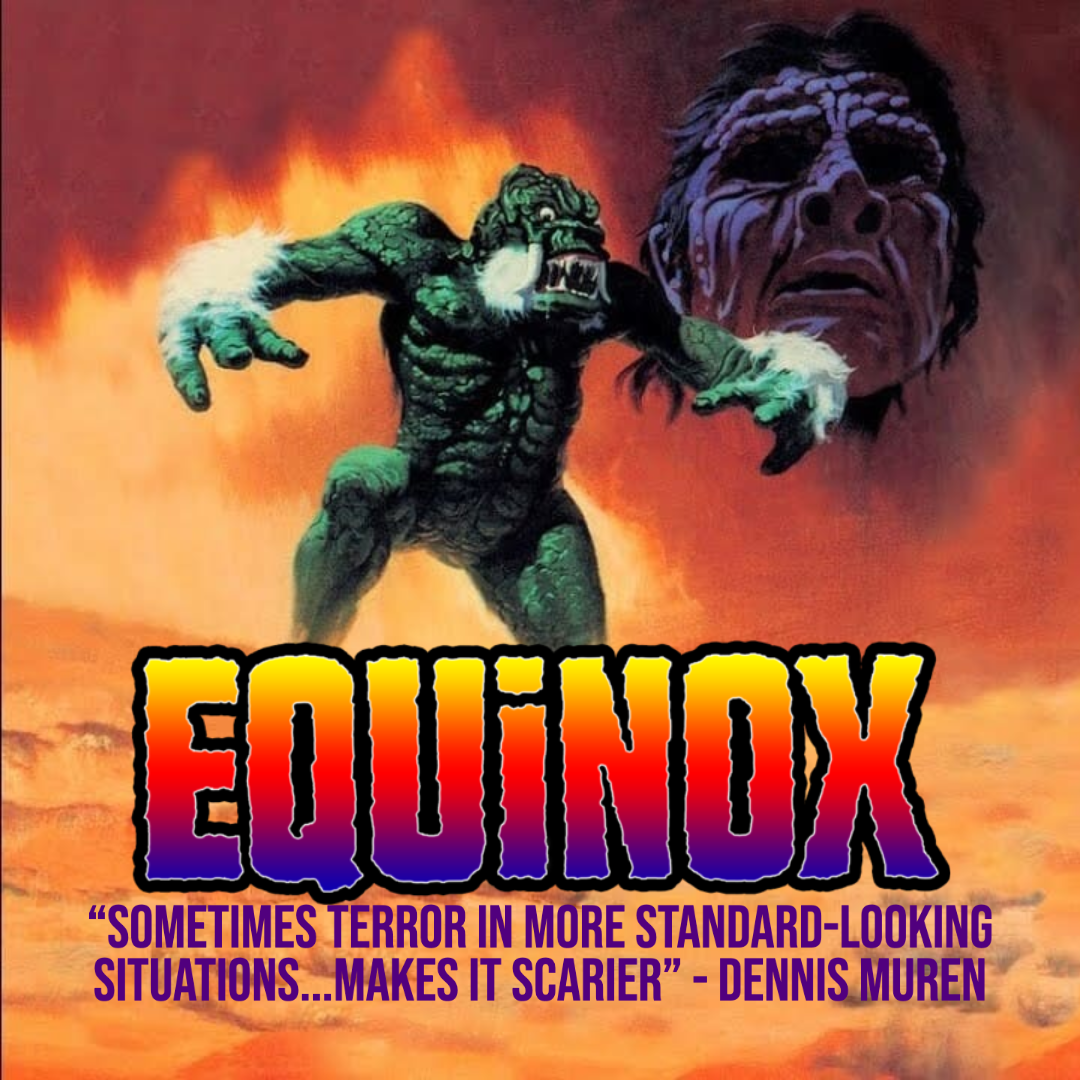 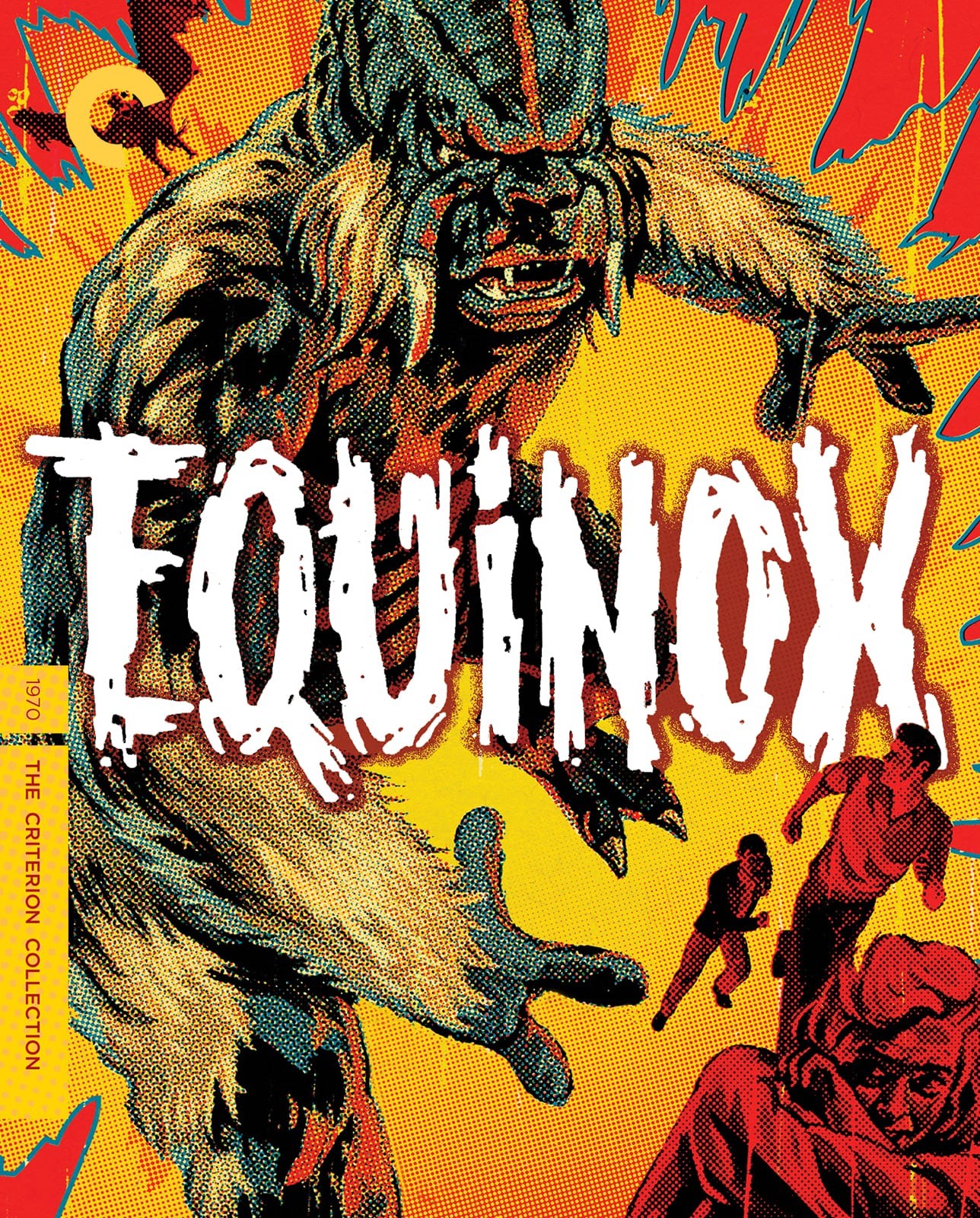 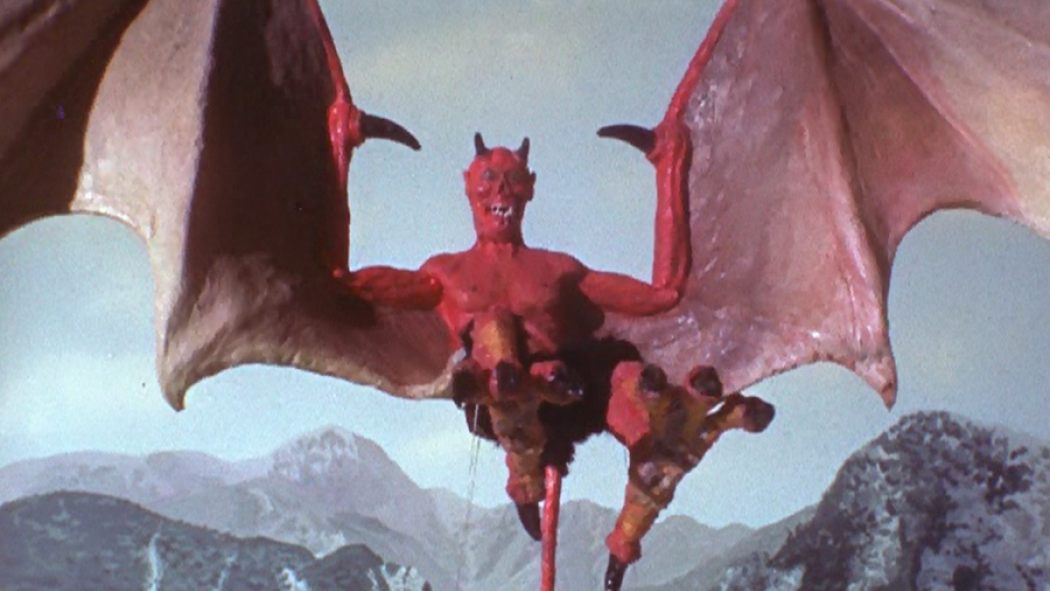 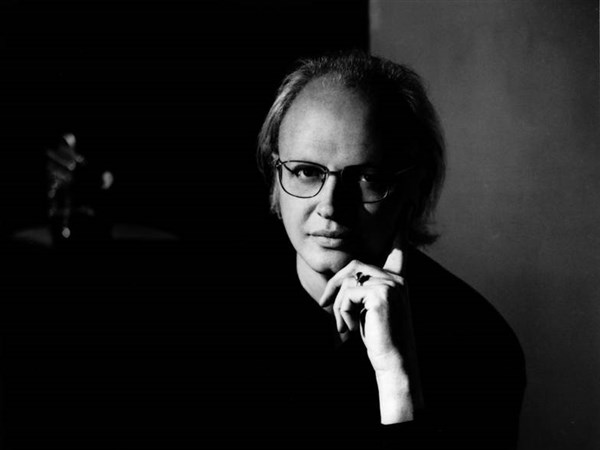 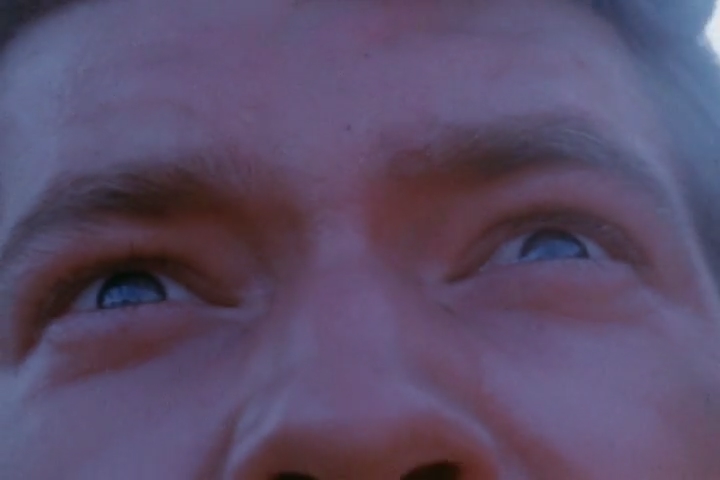 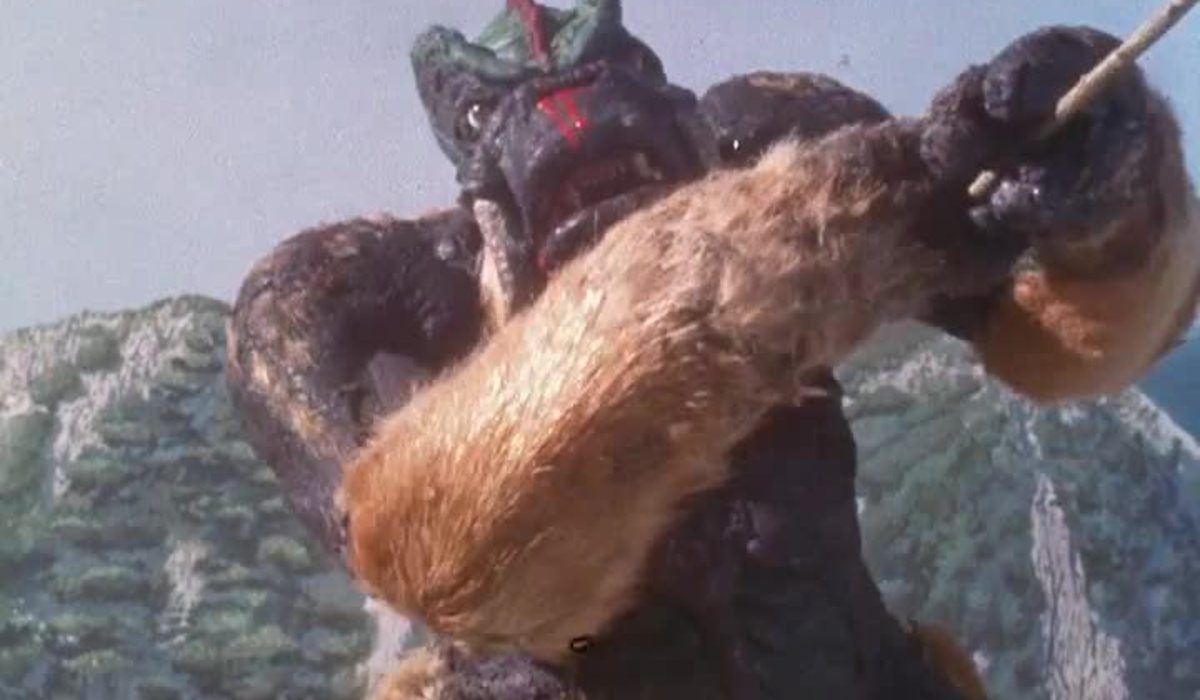