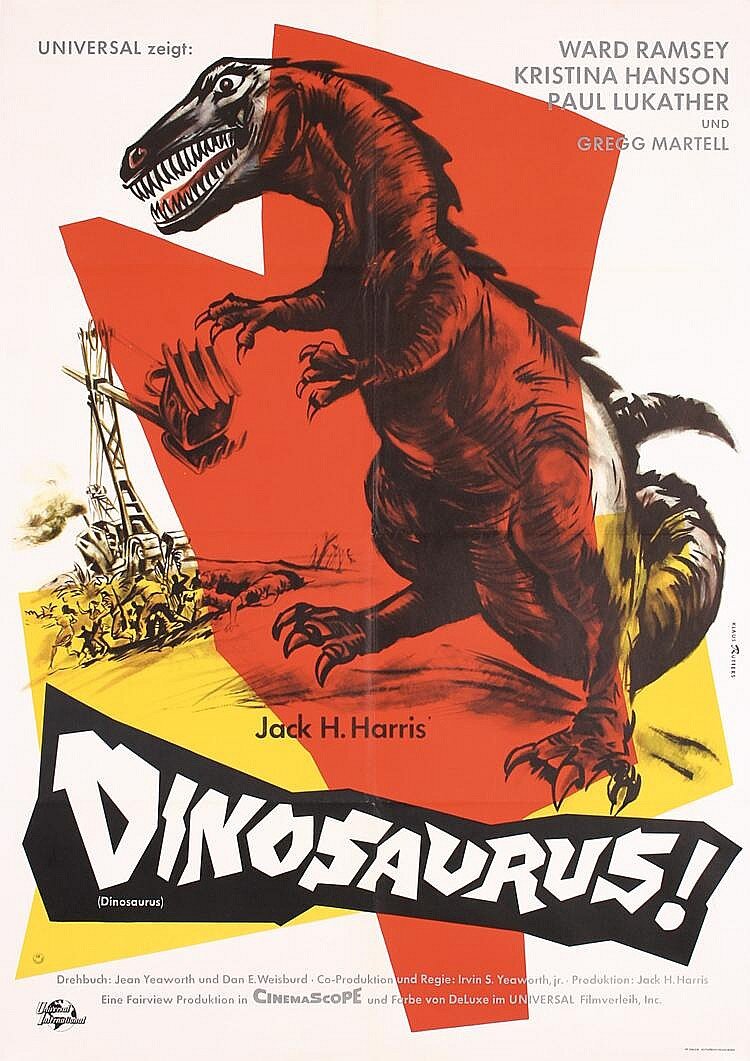 Synopsis: It’s a battle to the finish between Primeval Beasts vs. Mechanical Marvels! During an engineering explosion on a tropical island in the Caribbean, three prehistoric creatures that have been frozen in suspended animation for millions of years are unearthed and brought back to life during an electrical storm. The three creatures reawakened by the lightning strike are a friendly caveman and two dinosaurs, a gentle brontosaurus and a menacing tyrannosaurus rex. As the tyrannosaurus goes on a killing spree, the local population must quickly prepare for the worst. The cave man befriends an orphan boy before sacrificing himself to save others. While the surviving islanders find temporary refuge in an old fortress, a lone hero emerges (Bart) to save the day by doing battle with the terrorizing tyrannosaurus, shielded only by the mechanical digger he drives to the scene of the duel to the death.