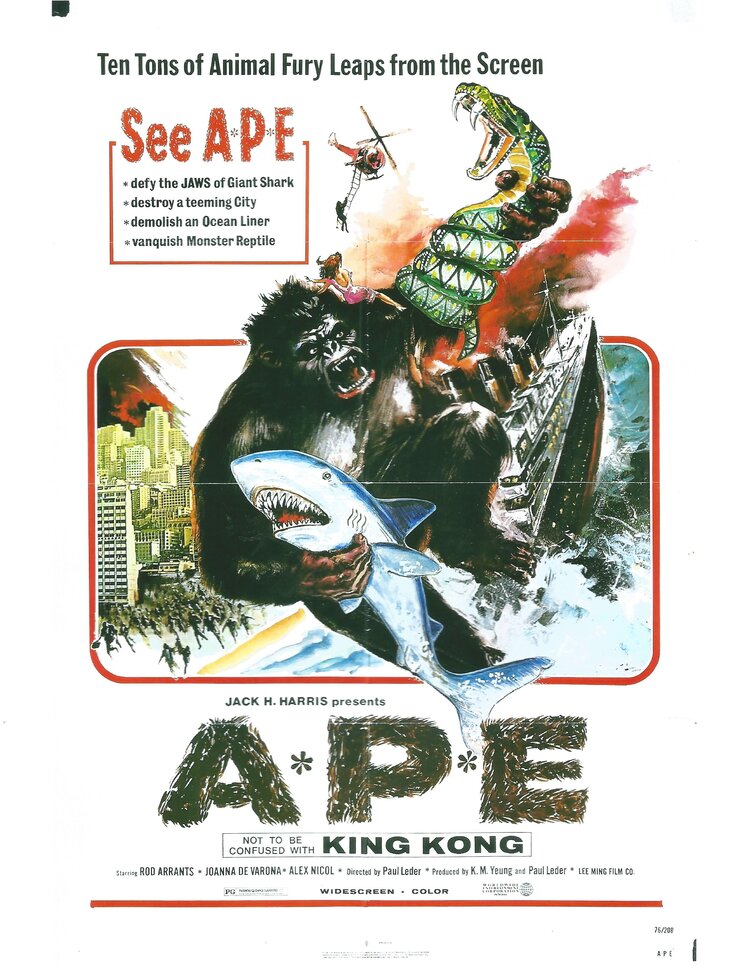 Synopsis: A*P*E* tells the tale of a newly discovered 36-foot gorilla who, while being transported to the United States, breaks free from a cargo ship in the Pacific Ocean. His great escape is short-lived, however, as he must do or die in a battle with an ever-so-hungry Great White Shark.  The heroic simian washes ashore on the Korean coast, only to lose his heart to Marilyn Baker (Joanna Kerns), a pretty, young American actress who is filming a movie there. A*P*E* literally goes ape over his flaxen-haired beauty as he destroys a city and wreaks havoc on the film crew while on a wild search for his lady fair. Once he finds her, he kidnaps his damsel and must face both the Korean and American military forces in their attempt to save Marilyn and destroy the beast. Experience the thrills and the fun of 10 Tons of Animal Fury that Leaps from the Screen in 3D!